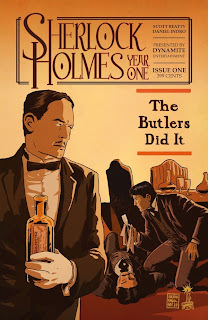 Sir Arthur Conan Doyle's dauntless detective returns in an all-new series of adventures exploring the sleuth's untold origins! Join Dr. John Watson as he meets young Sherlock Holmes in a fateful encounter that will\forever shape both men's destinies! Mysteries and murders most foul abound as we discover clues that reveal just how Holmes became the world's most famous detective!


Collectors note: There are variant covers available for this issue.
Visit the Dynamite Entertainment website for more info by clicking here. 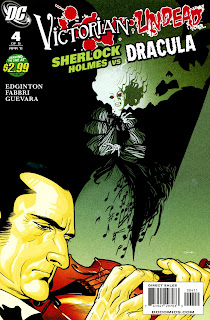 The game is afoot as Sherlock Holmes and his strange group of allies race against the clock to counter Count Dracula's moves in London against the Royal Family. Will their efforts be enough to stop a darkness spreading over the newly rebuilt London? Elementary, my dear reader!

For more info visit the DC/Wildstorm page by clicking here.
Posted by Charles Prepolec at 11:30 AM No comments: